I just hope that date isn’t too optimistic, but that’s the target I’ve set myself and I’ll strive to stick to it! After all, it’s been five years since I wrote and published a book, thanks to that four letter word called life!

The book’s readership is aimed at 9-12 years and I have placed it in the science fantasy category, because it covers two genres: science fiction (the time travel theme inspired by Ali’s powerful epileptic seizures) and fantasy (the ancient Greek gods). I follow the belief of the ancients that every aspect of their lives is controlled by the work of a god or goddess, so one of the prominent goddesses is Selene, Goddess of the Moon, who was said to have bestowed the curse of epilepsy or epilēpsía, although in my story the gods insists it’s a blessing, not a curse. Ali bumps into Travis (Epiworld), a boy from her future in Britain, who also has the ability to time travel with his seizures. He disputes Selene’s influence over their seizures and denies the existence of the gods altogether, even though, like Ali, he can see them for himself!

Helen, princess of Sparta, is promised in marriage to Menelaus, prince of Mycenae, but prays to the gods to free her of the union. Her prayers are heard by Zeus, King of the Gods, who is annoyed at the rivalry between his wife Hera and Athena, who both want Helen to marry Menelaus, and Aphrodite, who has promised Helen to Alexandros Paris, Prince of Troy, if he judges her to be the most beautiful goddess of the three…

But I’m telling you the plot!

One more thing: I said I was never going to do this again, because with Epiworld it was a nightmare, but I have written the book in the first person present tense, mixing it now and then with past tense. Well, rules are made to be broken, aren’t they? 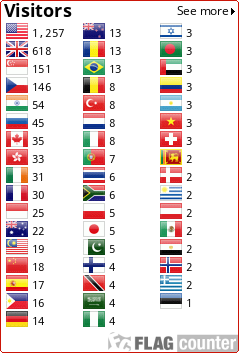 reviews by kids, for kids

health, happiness and the art of being

BY GRACE THROUGH FAITH

Blurring the lines between poetry and prose

A girl travelling around the world on a motorcycle.

Stories and photos from Scotland

A WordPress Site
SAMANTHA THE READER

The Art Or Endeavour Of Being Lucid In A World We Live In... Secrets Of The Psychics... Energy, Universe, Futurism, Film, Empowerment...Digital Abstract Art Rendering...

Life Hacks To Save Time and Money

Understanding ourselves and the world we live in.

The place to learn about doing webinars

The strange case of Dr. August and Mr. von Orth.

The Casual Way to Discuss Movies

Never get lost in the Sauce

I'm the last words of a slain poet

We talk about things we can't actually make.

Tales of humour, whimsy and courgettes

Smile! You’re at the best WordPress.com site ever

Sometimes commercials are the best part of TV.

Musings and books from a grunty overthinker

I have people to kill, lives to ruin, plagues to bring, and worlds to destroy. I am not the Angel of Death. I'm a fiction writer.

Just a small town girl who writes about Christian stuff.

A muse, mic and masquerade of anthropological typing.

where would-be writer works with words

My journey - The good, bad and the ugly